Direct bandgap of 3.37 eV and a high exciton binding energy of ~60 meV make ZnO a promising material for UV light-emitting diodes (LEDs) and laser diodes (LDs) based on exciton recombination. Availability of native ZnO substrates as well as wurtzite MgZnO and CdZnO alloys with a bandgap varying from ~2 eV to ~4 eV allows the growth of low-dislocation heterostructures  for LED and LD fabrication. However, lack of reliable and stable p-doping hinders development of ZnO-based light emitters. To overcome this problem, hybrid LEDs have been suggested, consisting of n-type II-oxide layers grown on p-type III-nitride materials. Most promising are LEDs providing carrier confinement in a narrow-bandgap active region sandwiched between wide-bandgap claddings. Hybrid II-O/III-N LEDs have some specific features of their operation due to type-II band alignment and a negative polarization charge at the II-O/III-N interface. The basic mechanisms of hybrid II-O/III-N light-emitting diode operation can be investigated by numerical simulations. 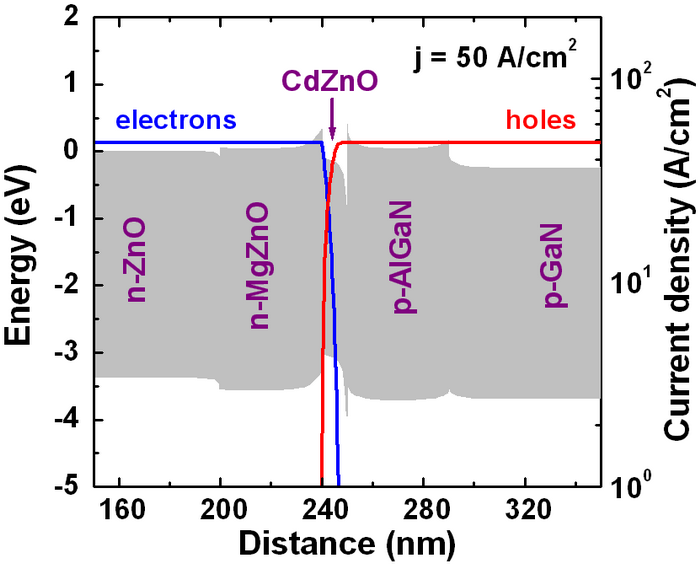 Figure 1. A band diagram and distributions of partial current density of the hybrid ZnO-based LEDs at j = 50 A/cm2 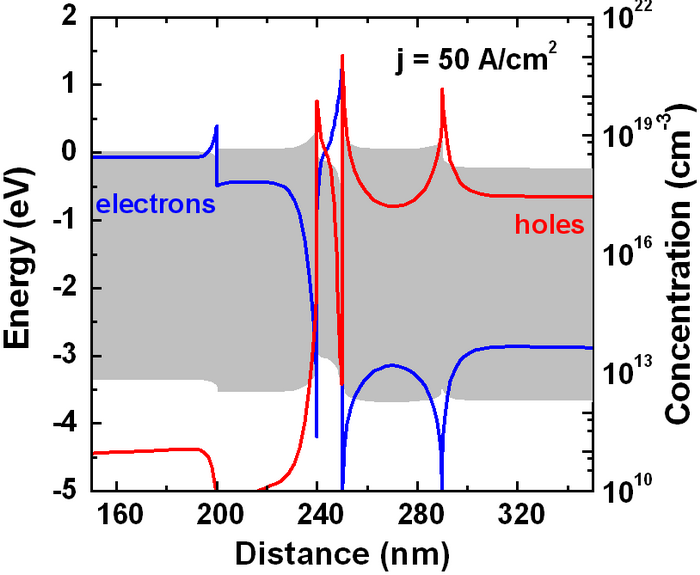 Figure 2. A band diagram and distributions of carrier concentrations of the hybrid ZnO-based LEDs at j = 50 A/cm2 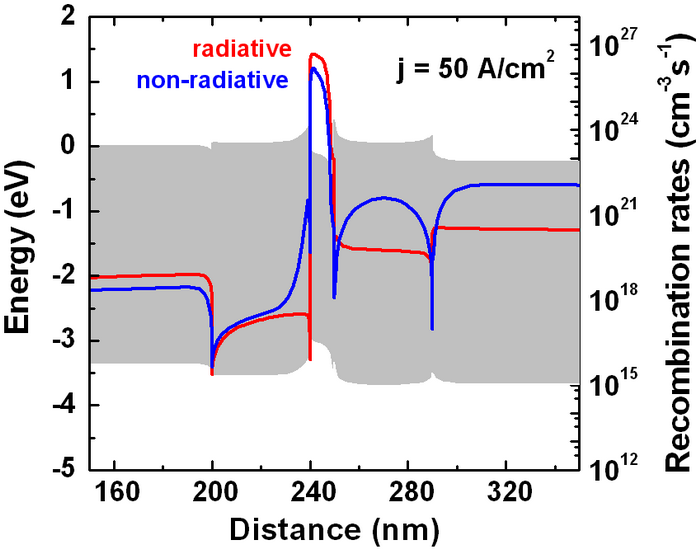 Figure 3. A band diagram and distributions of recombination rates of the hybrid ZnO-based LEDs at j = 50 A/cm2

The QW is used to increase the concentration of the injected carrier and thus to improve IQE of the heterostructure. The operation of the DHS LEDs is simulated, assuming the Ga(Zn)-polarity of the crystal and threading dislocation density of 2×108 cm-2 in the whole structure. Some computation results are demonstrated in Figs.1-6. Shown in Fig.1 are computed band diagrams and carrier concentrations of the DHS LEDs at j = 50 A/cm2. The built-in polarization charges induce strong carrier localization next to the active layer interfaces (Fig.2). Nevertheless, the bulk of the active region is found to provide a major contribution to the emission spectra due to a higher concentration of non-equilibrium carriers (Fig.3). Similar results are also predicted for elevated operation temperatures in Fig. 4 and 5.

The internal quantum efficiency (IQE) as a function of temperature for different values of the current density is plotted in Fig.6. The structure with CdZnO QW theoretically can achieve IQE of ~80-85% both at a low (50 A/cm2) and a high (400 A/cm2) current densities. This value is comparable with the theoretically predicted IQE of conventional blue III-nitride LEDs. It should also be noted that hybrid II-O/III-N DHS LEDs provide a high IQE even at elevated operation temperatures. 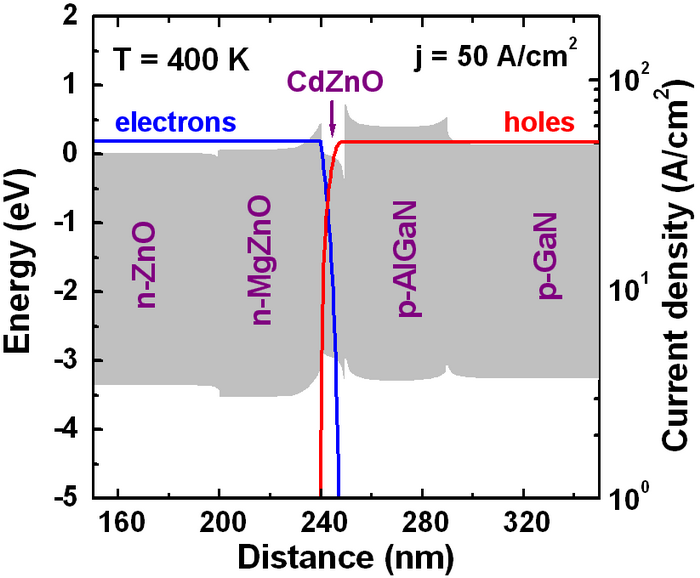 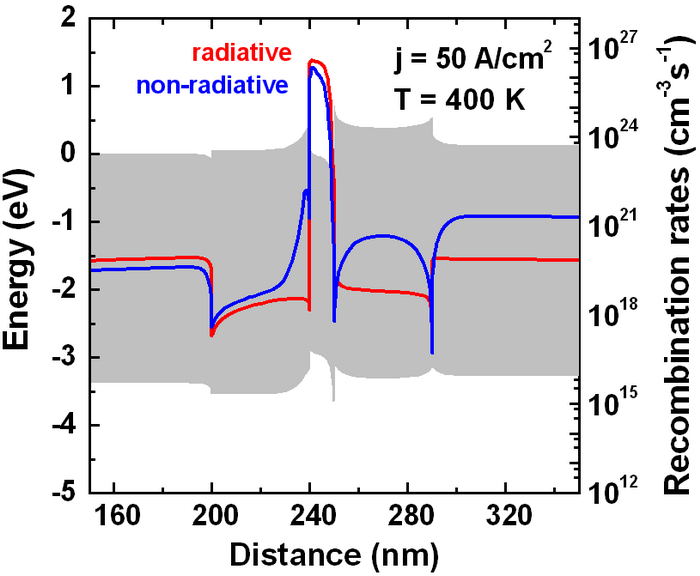 Figure 5. A band diagram and distributions of recombination rates of the hybrid ZnO-based LEDs at j = 50 A/cm2 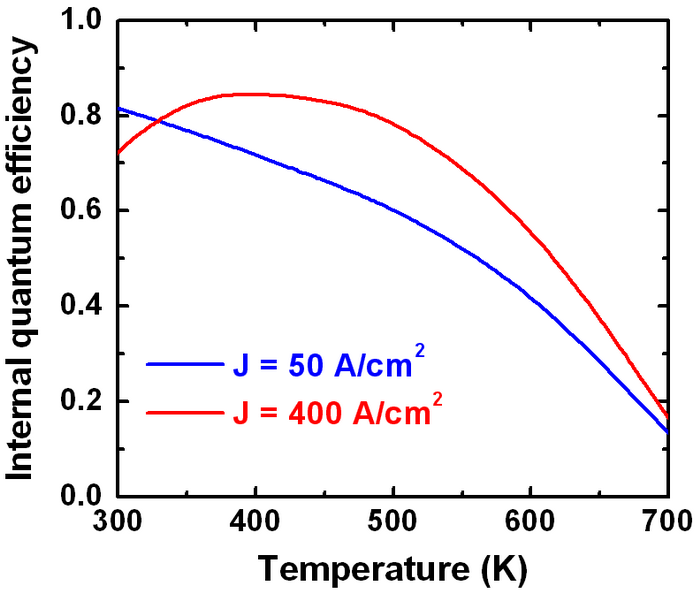