VR software was originally designed specifically for the modeling of long-term crystal growth and prediction of crystal shape evolution is an integral part of the software capabilities. Along with the evolution of the crystal shape, VR calculates evolution of strain and dislocation density. Since crystal shape is very sensitive to multiple factors, it requires accurate conjugated analysis of global heat transfer along with mass transport and chemical phenomena inside the furnace cavity. Below we will list several most common practical problems that can be effectively addressed with modeling.

Maintaining certain absolute values of temperature and thermal gradients throughout the growth cycle is crucial in PVT SiC. VR provides means for quick virtual modifications of the furnace hardware and thermal recipe. That includes programmable power of the inductor(s) and programmable shifting of the furnace elements such as inductor coils. Inductor(s) power can be set up to match certain assigned constant or varied (programmed change) temperature in the control point(s).

For the convenience of the result interpretation, the user can visualize temperature fields in the furnace, temperature gradients and thermal fluxes. These critical values and their evolution at specific probe points can also be monitored throughout the growth process.

Other Factors Affecting the Crystal Shape

Accurate prediction of the crystal shape is not possible without thorough modeling of the powder source, since its operation determines the distribution of the mass fluxes from the source and composition of the vapors.

Another factor that significantly influences the growth is chemically active crucible walls that can serve as a secondary mass source (etching of the graphite crucible) or function as catalyst for gas phase chemical reactions in the case of TaC crucible or TaC coating. At the same time, mass losses are possible through the semi-permiable porous walls of the graphite crucible.

Finally, parasitic deposition of poly-crystalline SiC on the periphery of the growing crystal is an obvious competing process that will have effect on the crystal shape. 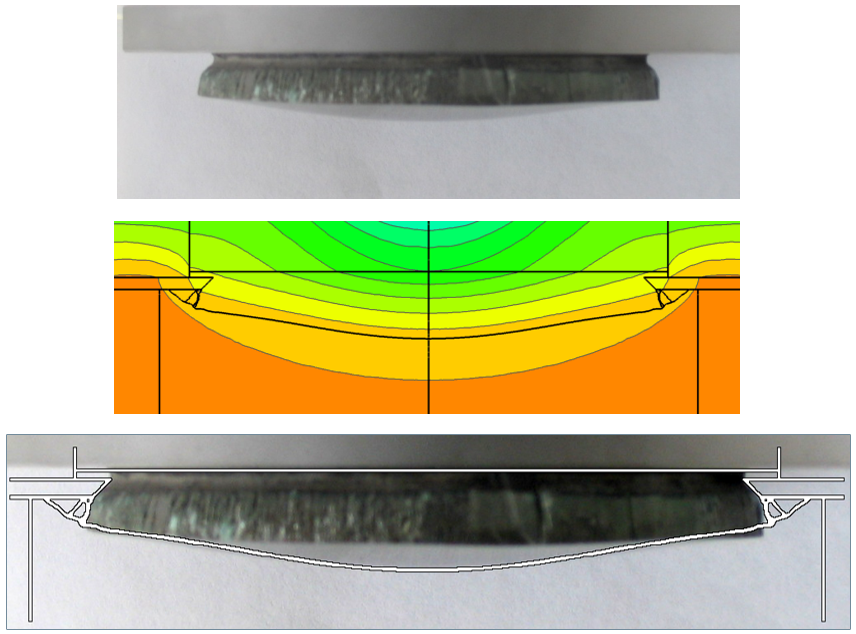 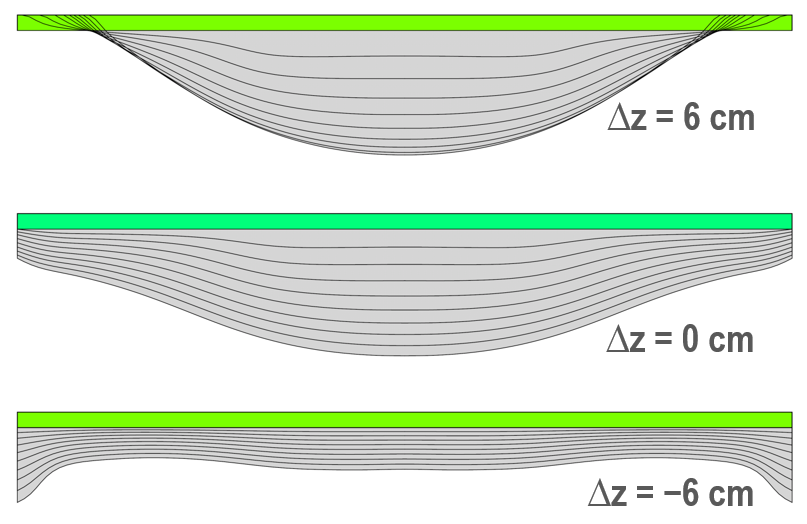 Effect of the inductor coil position on the crystal shape evolution

Computed evolution of the crystal shape throughout the growth cycle