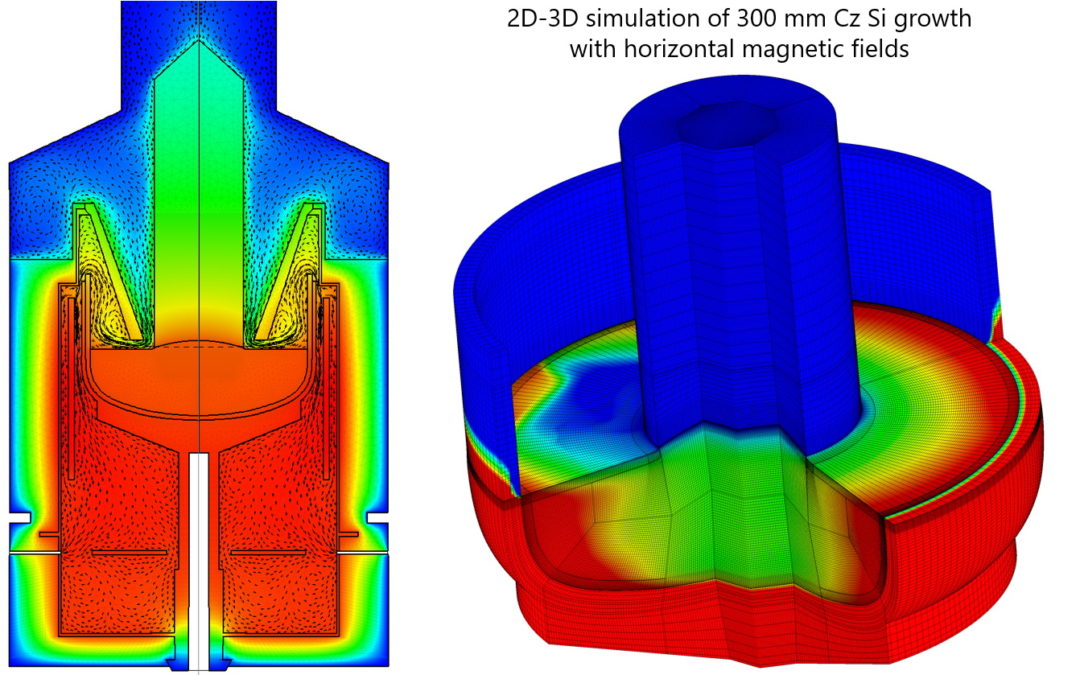 CGSim 21.0 has been released. Flow Module 3D is now equipped with a powerful tool that facilitates the transfer of the hot zone geometry along with computational mesh and material properties from Basic CGSim to Flow Module. It allows the user to significantly reduce the time required for geometry and grid preparation. With this new extension, we estimate that problem setup, including assignment of materials, became at least 4 times faster.